I eventually discovered I’d cut off almost the entire overlap facing by mistake at a much earlier stage in proceedings. I was supposed to just trim it a bit. I can’t even blame Burda because their pattern instructions weren’t wrong, I simply cut on the wrong line. That’s what comes of being lazy and using the same pattern piece for the left and right back instead of making separate ones.

After some swearing I cut a rectangle out of scraps, ripped out the vent stitching, sewed the rectangle on to the edge I should not have cut along and put the vent back together. It’s not perfect but can’t really be seen from the outside. If you squint there’s a tiny ridge where the seam allowance of my repair lies, and that’s all.

Inside is another matter, but at least it’s neat. 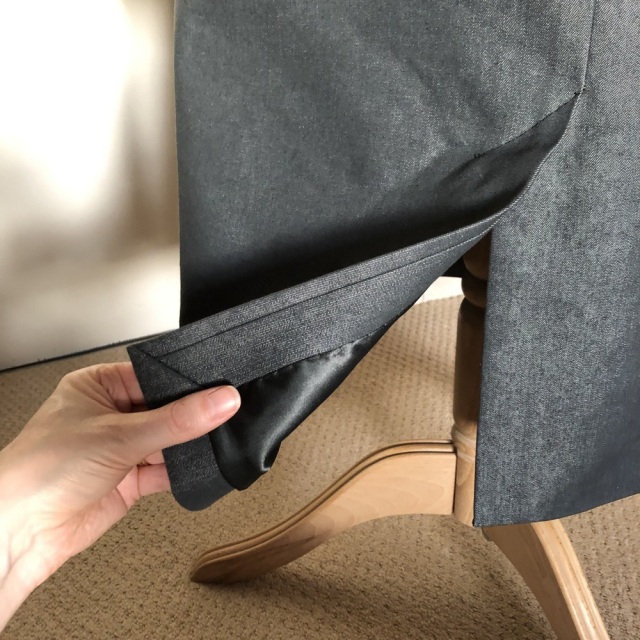 Luckily everything else has gone pretty smoothly. I’ve been following a sewalong for Ready To Wear Tailoring from Pattern Scissors Cloth for this project and it’s been a huge help. My coat’s a little bit different to the one in the sewalong, not least in having the nearly fatal vent, but thanks to Sheryll’s advice about adjusting the pattern in advance the potentially awkward steps like the collar and lapels were easy to sew. It gave me a new appreciation for Burda patterns too; I noticed that several of her suggested pattern adjustments to allow for turn of cloth were already drafted in. It’s Burda 105 02/2019 although I’ve shortened it from the original length and reduced the ease at the waist.

With perfect timing I’ve finished this just as the UK weather goes insanely hot, so I haven’t worn it even once yet. Normal cool and cloudy service is expected to resume next week though. But in the meantime here it is on the dressform. 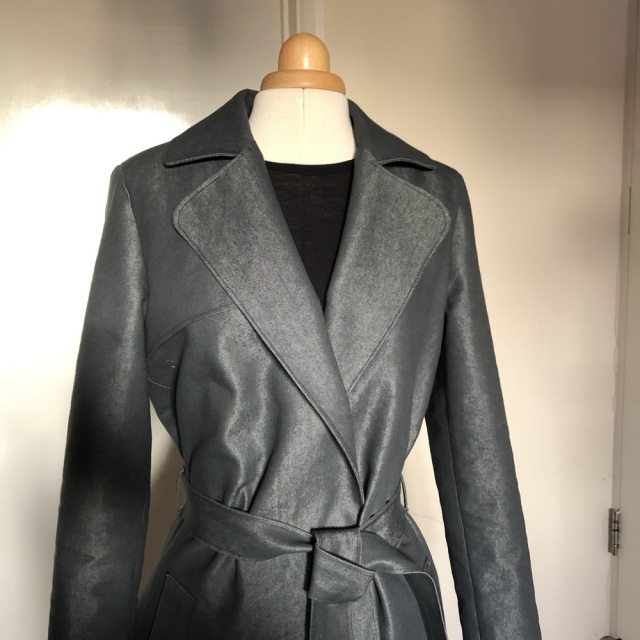 46 thoughts on “Finished at last”