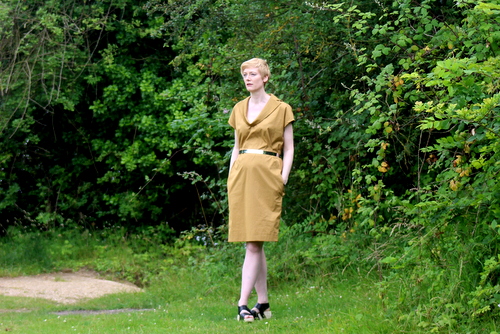 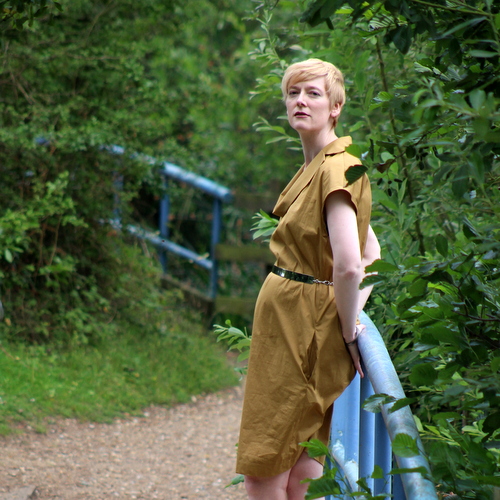 This is Burda 130-06-2010, the first real maternity pattern I’ve made. I have to say I cannot tell the difference between the fit on this and some of the blocky women’s dress styles you can find in any issue of Burda. I thought it might have extra width around the bump area, but when I traced the pattern it was essentially rectangular. The zip serves no purpose that I can see. 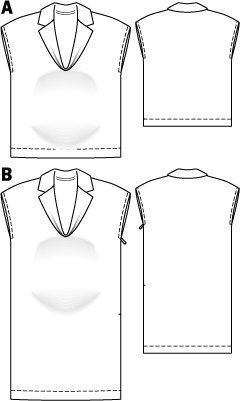 I picked the style because I like the notched collar, and it looked simple enough to sew up fast. I cannot say whether the instructions were any good because the pattern came from a German language copy of Burda 06/2010 I bought on eBay. When I bought it I thought I might be able to get some help with the construction from Google Translate but what came out was so confused it might as well have still been in German for all the good it did me. I found that comparing the instructions in an English language Burda with the German issue and looking up a few important nouns was much more helpful. The structure is exactly the same in English and German so you can tell what each paragraph is about from the order they come in. Based on that I was at least able to find out which pattern pieces had seam allowances included and  what to add to those that didn’t.

The intended method of construction for the collar remained something of a mystery. There seemed to be two possibilities: sew the shoulder seams, attach the lower collar facing to the lower neckline first and then construct the rest of the collar as you would a notched jacket collar; or make up the whole collar unit first including all the facings and then stitch the lot to the dress. There is no back neck facing and the neckline seam is finished with binding, so either would work.

In the end I went for the second option, using the instructions for the collar on my black Burda jumpsuit to help construct the collar. Then I sewed the shoulder seams, attached the collar to the neckline, and bound the collar seam. Finally I sewed the side seams, adding side seam pockets which are not in the original pattern, and hemmed the armsyces and bottom edge. It seems to have come out OK! The neckline seam isn’t totally smooth around that deep v neck but the collar covers the puckers. I should have used a smaller seam allowance around the collar instead of Burda’s standard 1.5cm and then maybe I could have got it in flat. Next time. 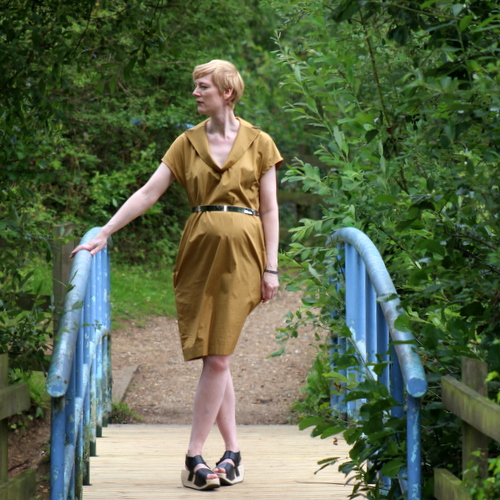 The fabric is a lovely golden coloured cotton poplin from Misan Textiles; a birthday present from my parents. The original dress was also made in poplin but the collar looks softer than mine. I used Vilene F220 to interface my collar, which is a lightweight fusible, but Burda’s version used G785 which is even lighter than F220 and also has some stretch. 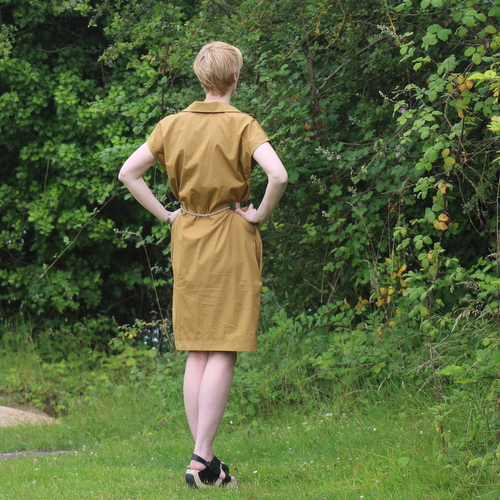 This dress benefits from being worn with a loose belt to contain some of the volume above the bump. Partly that’s because the cotton has quite a bit of body; I wanted something crisp. I think you could also make this up in a drapier fabric and then you wouldn’t need a belt. Years ago I had a similarly shaped ready to wear dress – no darts at all – made from a navy artificial silk that never needed a belt, although it probably wasn’t quite as wide as this one as I remember it being a bit of a wriggle to get on as it didn’t have a zip. I wore that one until the seams started to give way. 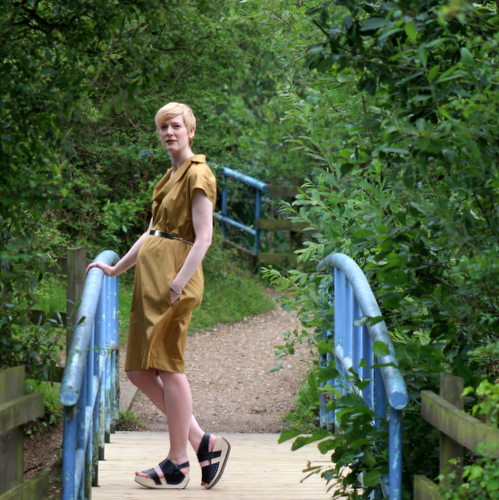 I’m happy with this and I love the colour. It’s just occurred to me that if I’d bothered to put in the zip I could convert it later on by adding some darts, but a belt is fine too. And now I have enough clothes that fit to get me through a working week again.