Disclaimer: the only tiger in this post is the ceramic one in the picture below.

Burda’s June 2014 issue had a great story on Japanese-inspired styles. This is model 104, a very simple jersey dress with a twist detail on the body and sleeves. I can’t see anything particularly Japanese about it, but suspect the starting point may have been the Japanese Pattern Magic books which contain a top with a similar body twist. 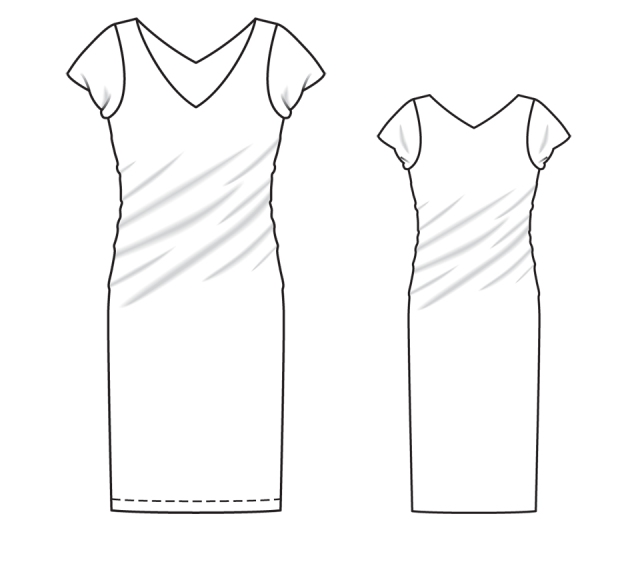 December probably wasn’t the best month to make this. The neckline is wide – only just covering bra straps – and low at the back. I have been mostly wearing the dress over a long sleeved t-shirt and thick tights! Which works OK, but it looks better like this. 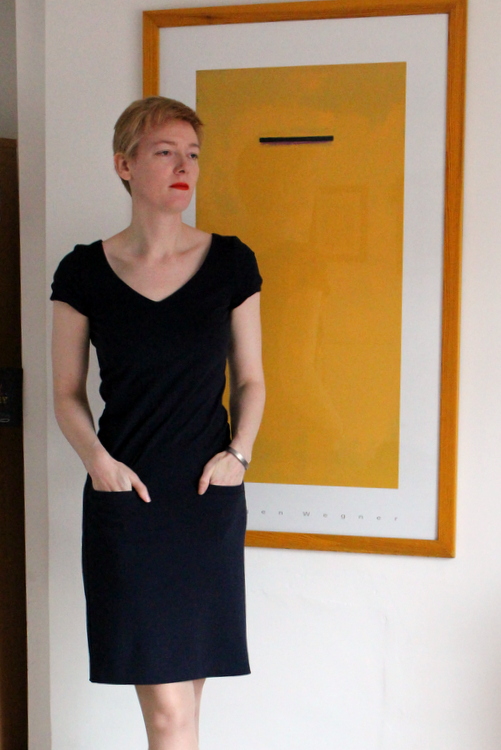 It’s made from a very elastic doubleknit fabric. It’s mainly viscose. I don’t remember the exact composition but there must be some lycra in there too as it’s got great recovery.

I added little single welt pockets to the front. I was nervous about making those in a knit but they came out well. Time spent making pockets is never regretted afterwards in my experience, but my goodness it slows a project down. This is a very simple dress to sew and adding the pockets more than doubled the time taken.

The back view is super-plain although I think the neckline and twist just save it from coffin back syndrome.

It’s slightly fussy to wear. The twist has a tendency to straighten itself out and then it looks like the side seams are crooked. Burda’s garment photo has this problem too so it’s not just my version! I suppose I could take it in a little to try to make it stay put but I think that might end with it becoming uncomfortable. I wore it quite a lot over the Christmas break despite all this so I’m calling it a qualified success. I doubt I’ll make it another but this one has a place in my wardrobe.

Thanks for all the suggestions about a belt for the Jedi dress. There’s a clear majority in favour of metallic so I’m going with that. Janene came up the great idea of making one out of metallic pleather and it just so happens that I have some silver pleather scraps over from another project – here’s hoping there’s enough left!