Vogue 8667 is slowly progressing. But I thought I’d get a proper tailor’s ham for pressing the princess seams, as my usual method of rolling up a towel and using that isn’t very satisfactory. So I’ve been shopping and visited all the usual suspects. Rather to my surprise I haven’t yet found anywhere that stocks them. I’ve tried two different branches of John Lewis, Maculloch and Wallis, and even Liberty. Liberty suggested Morplan (not open weekends) and Maculloch and Wallis showed me an ad for one in Sew Direct magazine, but don’t stock them themselves.

I should probably just make one but I’m not totally sure what to stuff it with!

So after all that failure I went and had a look at some of the fabric shops, and found some very heavy knit fabric in black and a slightly off-white that will work for my 1970s jumpsuit pattern (alas it wasn’t available in chocolate, although I could have gone with orange!)

So that’s me committed to the jumpsuit now. Wish me luck. 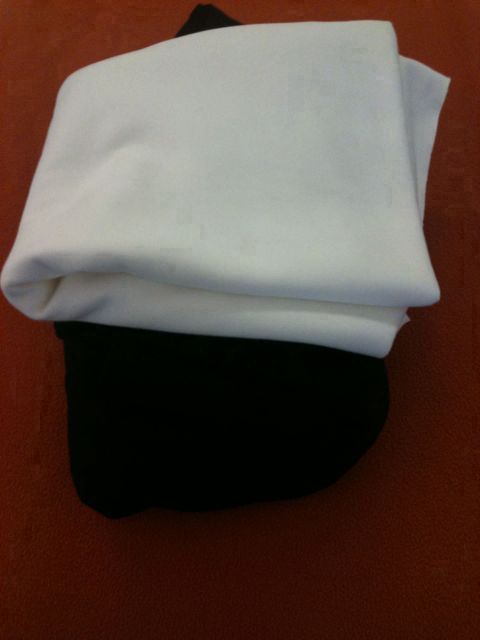